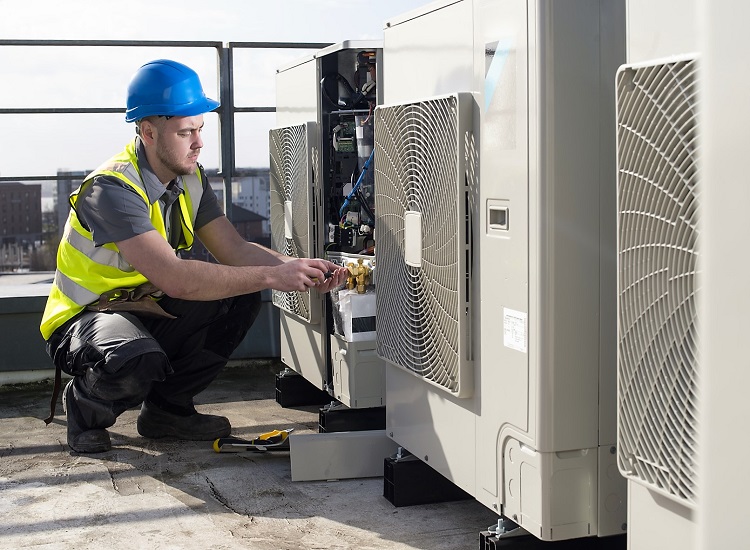 Freon or R22 is commonly used in HVAC systems across the United States. In fact, Freon is compatible with most of the HVAC units, energy efficient, and plentiful on the market. But the only disadvantage of R22 is its negative effect on the environment. R22 damages the ozone layer of the planet. The ozone layer plays an important part in protecting life on the planet from the harmful effects of UV rays of the sun. Hence, the EPA or the environmental protection agency of the United States began phasing out R22 on a stage-by-stage basis. The first phase of the ban came into effect in 2010 – where all new HVAC-R units have to use an eco-friendly alternative refrigerant instead of R22.

The final phase of the ban will be implemented in January 2020. The refrigerant will be completely banned from being imported and produced in the United States by January 2020. After this date, you can’t get R22 even for the purpose of servicing your existing HVAC-R systems. This article provides information on why you need to shift to TdX 20 for all your HVAC systems.

Since R22 is being phased out from being used in HVAC-R systems after 2020, the scientific community went to work in order to find a viable solution to the refrigerant. A team of scientists got together to put out a winning formula by the name of TdX 20. Bluon Energy is the parent company behind this project. In fact, they took more than seven years to come out with the winning formula that is energy efficient and eco-friendly at the same time. Bluon Energy’s TdX 20 is considered to be one of the best alternative refrigerants on the market today. That is due to the many benefits of Bluon’s TdX 20. Many homeowners are already shifting to TdX 20 for all their HVAC systems due to the complete ban on R22 in January 2020.

Even though there are many other alternative refrigerants on the market today, most of them aren’t energy efficient. They consume more electricity to operate the system. This isn’t conducive to the environment. In fact, electricity is one of the major components that is responsible for the increase in global warming. Hence, the alternative that you choose should be able to reduce the electricity consumption of your system. That is where Bluon’s TdX 20 becomes so important. It is the only alternative refrigerant that could reduce the energy consumption of your HVAC system by at least 5-25% – depending on the type of HVAC-R unit used in your home.

The production and importation of R22 is severely restricted in the United States and the other developed countries. Hence, the price of a pound of R22 has risen to $115 within the past couple of months. On the other hand, TdX 20 is only around $15-20 per pound. Just imagine how much money you may have to spend in case your R22 system develops a refrigerant leak. The best thing is to implement an effective preventive maintenance schedule for your HVAC-R systems. That way you can prolong the lifespan of your HVAC system for many years to come. You will save a lot of money in the process. On the other hand, if you have an old system that operates on R22, you should consider replacing the entire unit or the refrigerant in the system. The advantage of using TdX 20 is that you don’t have to replace the whole R22 unit when making the shift.

In fact, TdX 20 is one of the very few alternative refrigerants that operate on existing R22 systems. That way you don’t have to waste your hard earned money on replacing the entire unit when making the shift to TdX 20 from Bluonenergy.com. Instead, you can replace R22 refrigerant with TdX 20 while keeping the same HVAC-R system. This is one of the most important benefits of shifting to TdX 20 from R22 – before the latter is completely banned in January 2020.

Bluon Energy has designed their refrigerant – TdX 20 – to run on the same systems that are already using Freon or R22. This will help you to save a lot of money when making the shift since you don’t have to replace the whole unit.
TdX 20 doesn’t have a negative impact on the environment. It isn’t an ozone-depleting substance similar to R22. On the other hand, it is energy efficient and compatible with almost all HVAC-R units on the market today. That is why you need to shift to TdX 20 for all your HVAC-R units right now.

Your systems will gain an immediate energy boost of at least 25% depending on the type of HVAC unit you are using. This will lower the electricity consumption of your unit and prolong its lifespan in the process.
The workload of the coil and compressor of the system is drastically reduced due to the lower energy consumption of TdX 20. This will improve the lifespan of your system and help save money over time.
TdX 20 is cost-effective compared to R22, and this is another important advantage to make the shift from R22 to TdX 20 without further delay.